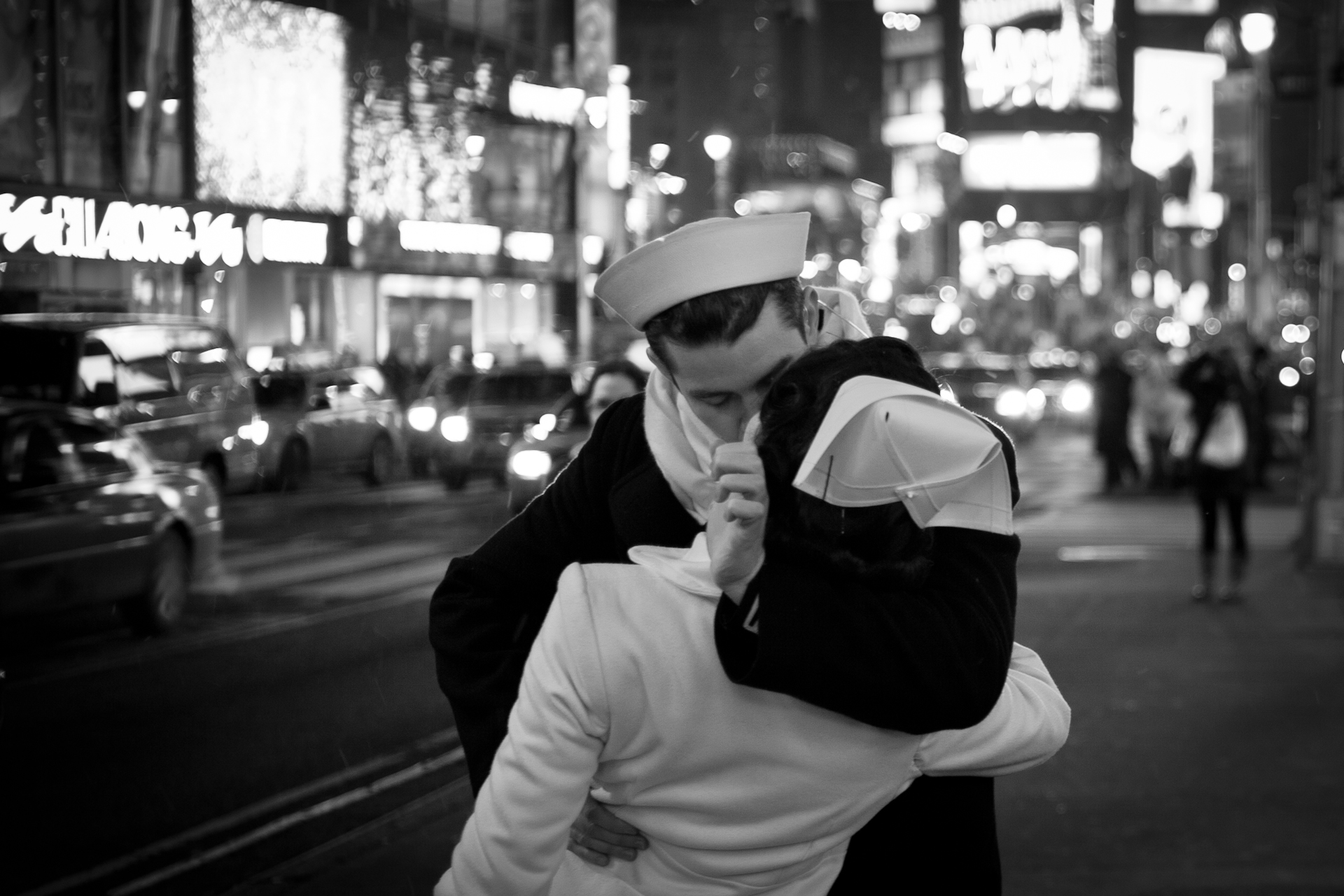 The original picture has a history: V-J Day in Times Square is the name of the photograph taken by Alfred Eisenstaedt that portrays an American sailor kissing a young woman in a white dress on V-J Day in Times Square on August 14, 1945. The photograph was originally published a week later in Life magazine among many photographs of celebrations around the country that were presented in a twelve-page section called Victory.
You can find more interesting details on wikipedia.